Shilelagh Law was born out of the close-knit Irish American neighborhoods of Yonkers and The Bronx. After a few years of wandering around after graduating college, Terence Brennan, Richard Popovic and Stephen Gardner re-connected over their mutual love of old Irish songs. They had known each other since elementary school, although their musical tastes growing up were more geared towards heavy metal, hardcore/punk and grunge. Indeed the three of them played in a band together for a few summers which was a weird mix of those three genres. But even then, back in 1993-94, a heavily distorted version of Wild Rover found its way onto their set list, which left a few people scratching their heads but many more singing and slamming along. By the time they sat back down together in 1998, Terence was playing the bodhran, a skill he learned during his year abroad at University College Dublin. Steve had swapped his guitar for a bass and Rich had traded in his electric guitar for his beloved Martin acoustic. But although the instruments had gotten more traditional, the fast and rowdy liberties they took with old Irish standards gave the songs new life and dragged them kicking and screaming into the light of a new day. 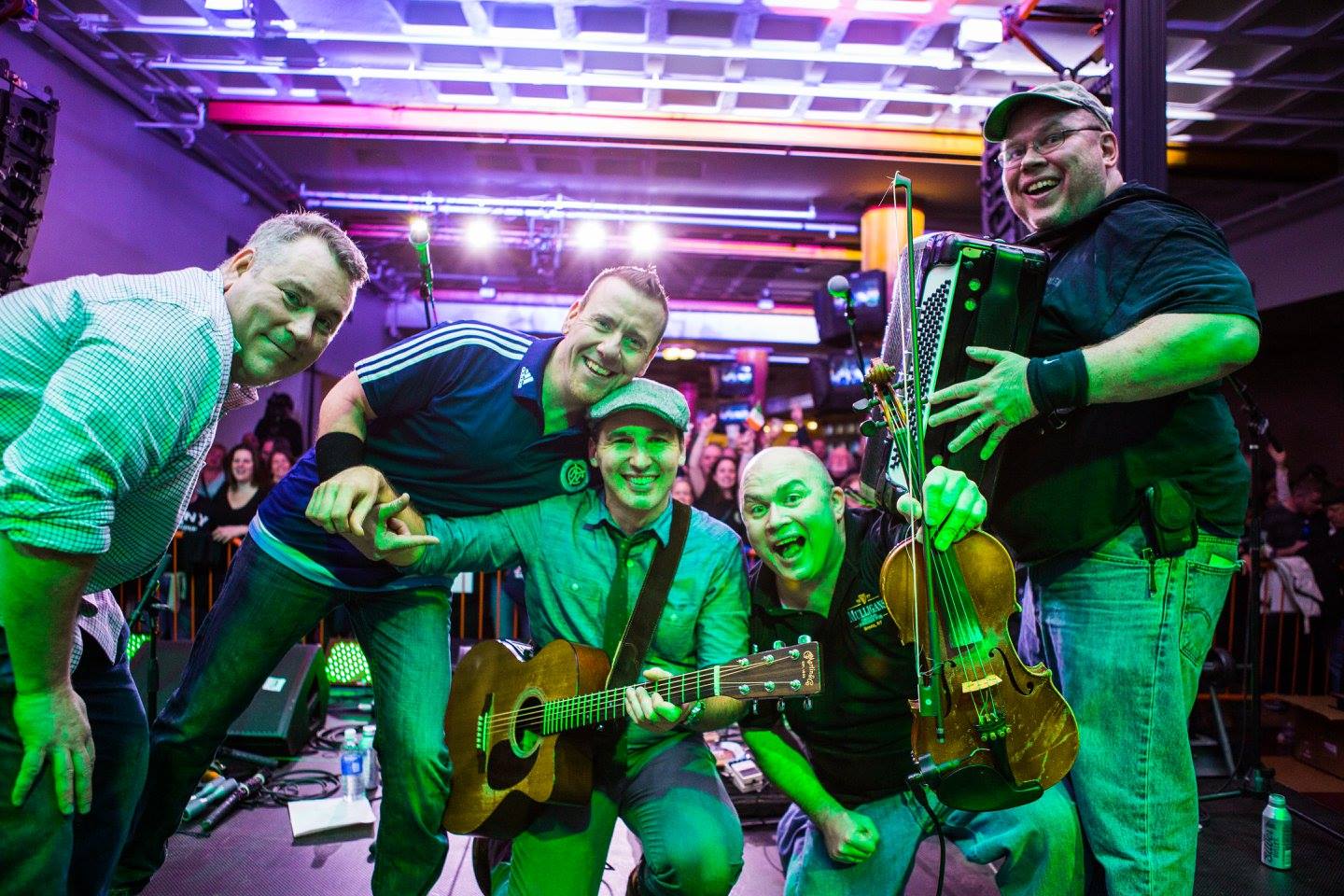 Celtic Cross is the legendary NYC seven-piece band fronted by Kathleen Fee, a talented singer-songwriter and her brothers John (accordion) & Kenny (fiddle) Vesey. They are joined by a group of accomplished and skilled NYC players Wally Ensor on guitar, Pat Dineen on bass/keys, Frankie McCormick on mandolin/banjo, and Ryan Cavan on drums.

Products of Irish parents, traditional Irish music roots, and American pop radio, Celtic Cross puts it all together in a very different way than what you will hear from most Celtic acts. The band’s music tells great stories using the traditional on top of sassy pop, alt-country and funk playing. They are a band’s band around the NYC Irish scene and will remind you of Fleetwood Mac or the B-52s with a heavy dose of Saw Doctors or Stockton’s Wing. 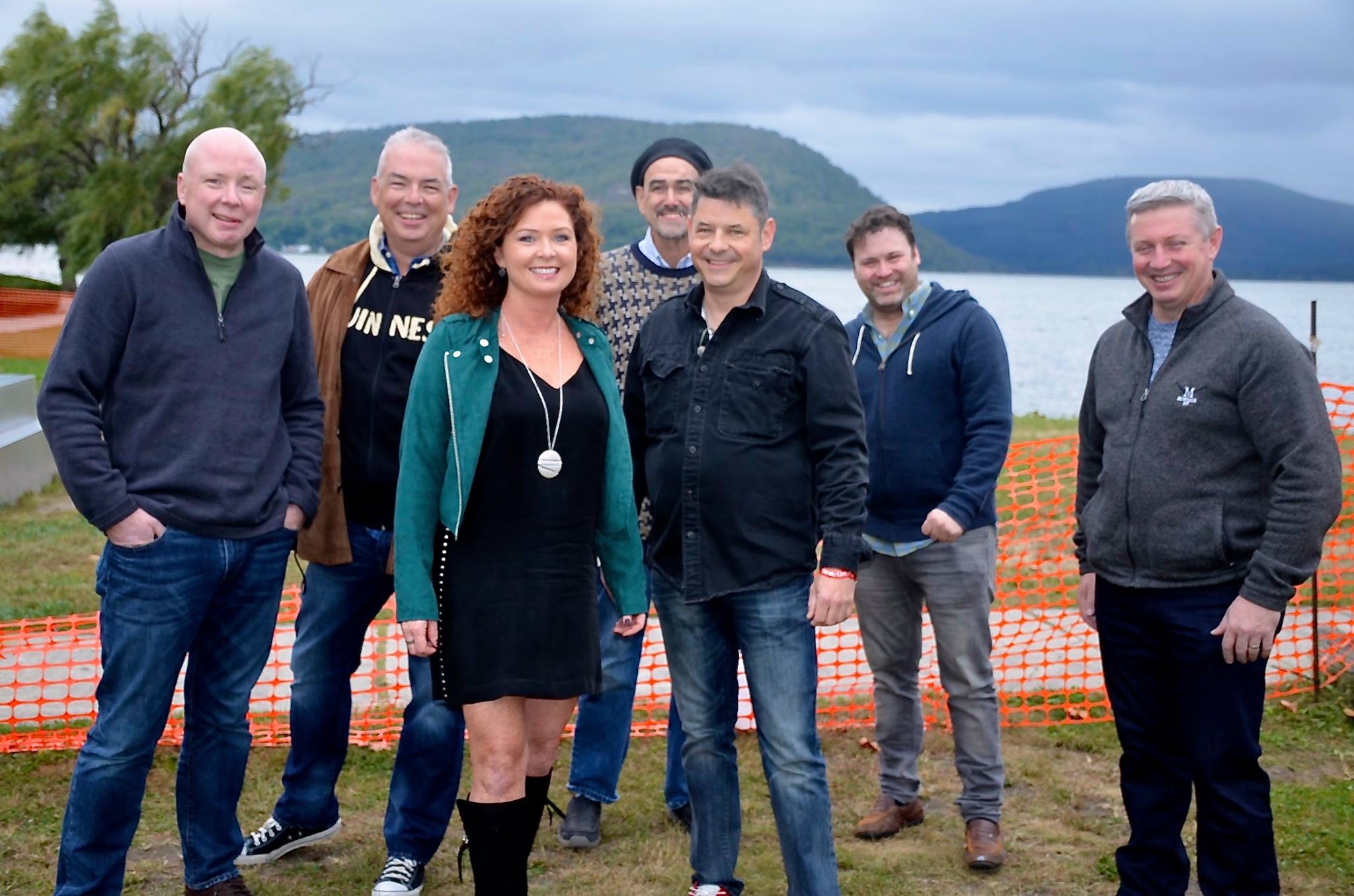 Andy Cooney, with his outstanding voice and dynamic stage presence has always been a favorite among American and Irish audiences everywhere. His talent and versatility provide the ability to deliver a song directly to the hearts of his audience. Andy is surely one of the greatest singing sensations on the stage today. Christened “Irish America’s Favorite Son” by The New York Times, is a title he truly deserves. From his Sell Out performances at New York’s Carnegie Hall to performing in big and small cities across America, Andy Cooney is a house hold name in every Irish American home. Some of Andy’s latest successes have included his 9th sell out appearance at Carnegie Hall last December with The New York Tenors and The Irish Tenors. Andy will be at Carnegie Hall again on December 9, 2019 with the New York Tenors and Larry Gatlin and the Gatlin Brothers. This will be Andy Cooney’s 22th Annual Cruise of Irish Stars. “It all began in 1998. We’ve gone from a few hundred cruisers to as many as 1700! Let’s keep this great Irish Party at sea going for many years to come!” 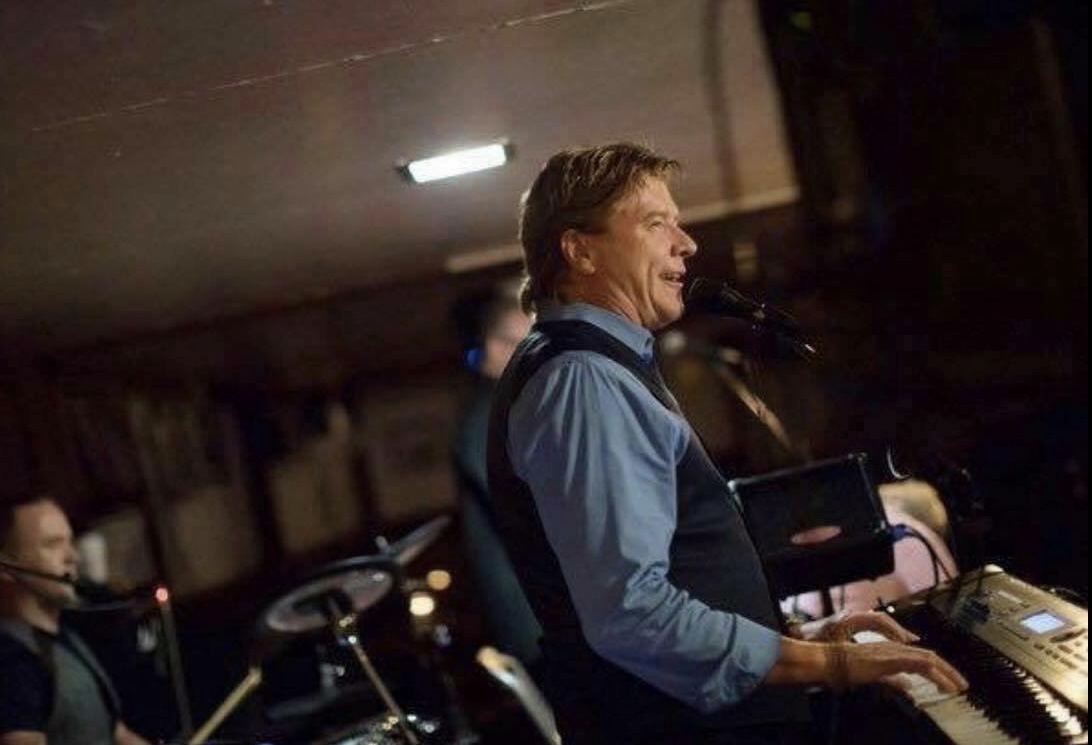 Colm Graham plays guitar in the Andy Cooney Band and sings lead and background vocals, he hails from the County Tipperary. Colm released “Celtic Landscapes”, his first all instrumental album for acoustic guitar, all music written and arranged by Colm, and recently released his first solo album, “Songs of Home” that includes pub sing-a-longs and a couple of songs written by Colm and his brother, Brendan Graham. For more information on Colm, visit his website.

Jimmy Kelly plays drums and sings lead and background vocals and occasionally guitar in the Andy Cooney Band. Jimmy lives in Albany, NY and is from an extensive line of Irish musicians. Jimmy recently was in Riverdance on Broadway and took third in the All Ireland for ceili drumming. 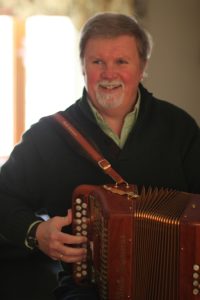 John Nolan was born & raised in the Bronx section of New York. His first introduction to Irish music was listening to his father playing a Baldoni D/C# box. His first formal training came from John Glynn and later Martin Mulvihill, but he later learned and continues to learn from all musicians through sessions, recordings and close personal friendships. John started his musical career in the Catskills in the mid 1970’s with the great fiddler Pat Keogh. In August of 1982, he became the first American to win the Senior All-Ireland Champion on both the two-row and three-row button accordions. John has been featured on over a dozen recordings, including two of his on production – “A Taste for the Traditional” and “A Rake of Reels”. Then in 2009, he was inducted into the Comhaltas Hall of Fame. Besides keeping a busy performance schedule, John currently teaches, sells accordions and has developed a tremendous business – “Buttons & Bellows” –tuning and repairing accordions from his home in Rockland Co. where he lives with his wife Mary, daughter Maura & son Brendan.

Fr Henry Reid will celebrate Mass with us all week. Fr Henry is based on Long Island and is the National Chaplain for the Ancient Order of Hibernians. 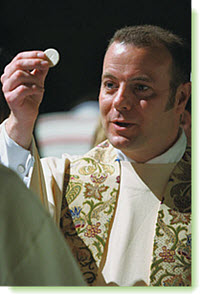