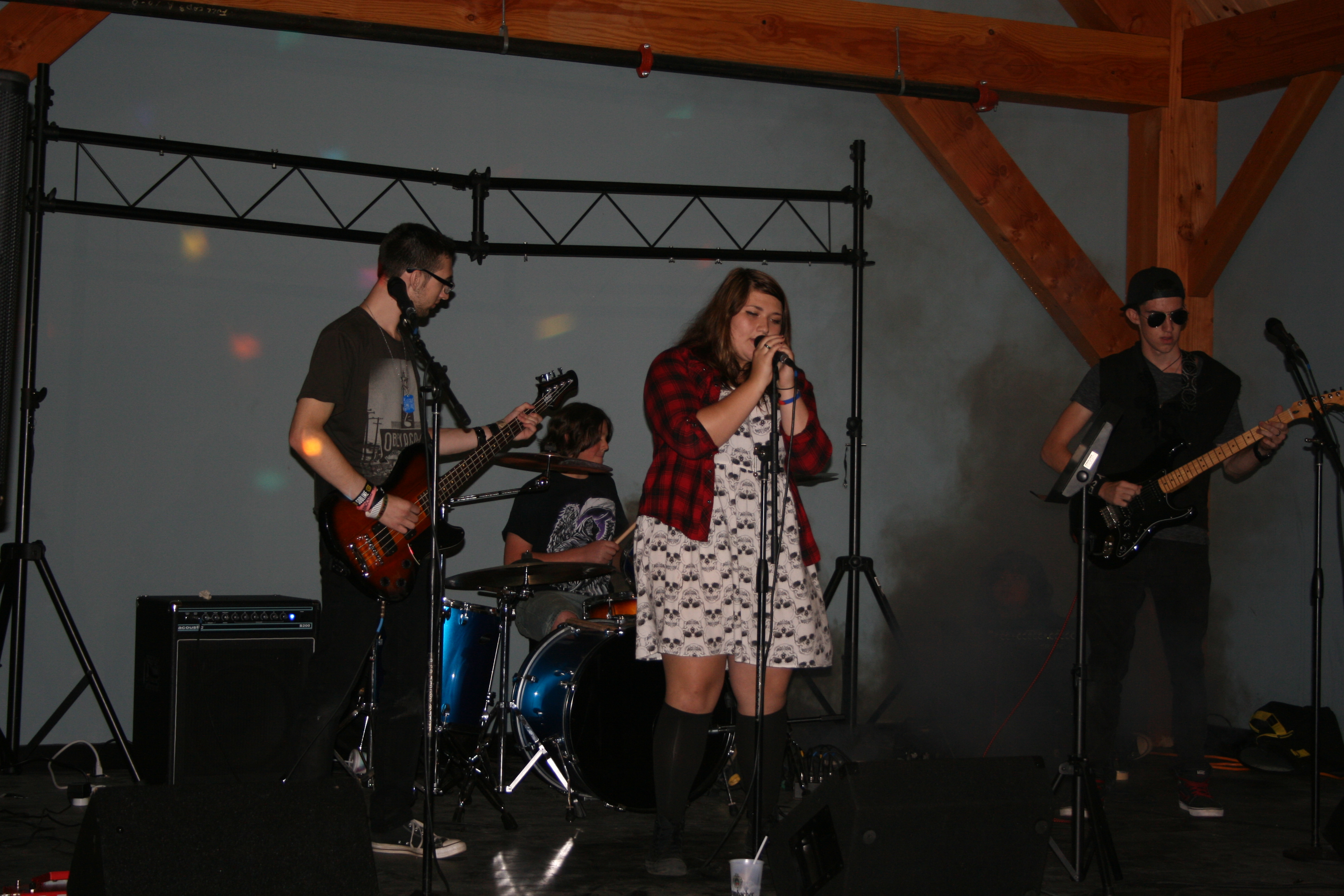 Another year another record DAY, with over 1600 people and just over $70,000 raised, ROC VI was a 5 star day from the weather to the final performance and EVERYTHING in between!

ROC VI kicked off with the National Anthem sung by Kaitlin Perrino from Port Jefferson’s School of Rock on the outside stage! WOW! Kaitlin nailed it, the whole park was silent during her rendition, goose bumps and hair standing, a great beginning for the awesome day to come.

With the new Bier Hall done, ROC had two stages set up, one inside, one out. The inside stage was used for the kid bands: The Velvet Runaways, Nicholls Road, and Sweet Impact from Jefferson’s School of Rock. They played in between the bands that played on the outside stage, and all I have to say is Holy “$%&#”! Talented is an understatement and the future of Long Island music looks ready to ROC! Big shout out to Eileen Daly for all the Port Jeff School of Rock performers! \m/

On the outside stage, after Kaitlin’s stellar performance, X-Tension, the morph of X-Session and the JSB Band, started what would be a great day of live music. X-Tension may have been a quick put together project, BUT the decades of musical talent flowed, as they filled the park with great classic rock n roll and were like a magnet to the community as people just kept pouring into the park. Thank you guys, most impressive and appreciated!

Exit Verona returned to the Biergarten to play another ROC Benefit and the local boys did right once again! With a mix of covers and their original tunes, Exit Verona rocked as they sent the crowd rocking into the dusk and the second half of the evening! Again big shout out to all the guys from Exit Verona, thank you for donating your time once again and entertaining the masses!
\m/

After Exit Verona, Erica Finnegan (9 years old) returned to the Biergarten to tell her story of surviving Cancer and sang for the crowd, bring tears and smiles, once again a very touching moment and a great sign of HOPE!

After Erica’s appearance, Youth Be Told took the outside stage and LOOKOUT, these kids can flat out play! And I don’t mean easy overrated covers, they played killer classics from the 70’s and 80’s! They set the park off, people were blown away and to this day say how impressive they were! We are so excited to have had YBT play and are even more stoked that they will be returning for ROC VII! The KIDS ROC! \m/

Closing out the night was ROC’s “House Band” Modern Justice and as always they capped off the night with an outstanding performance and had the crowd into it from the beginning to the end of their set. True professionals in every sense of the word! To Anthony C and all the guys, much love brothers! \m/

The event had amazing raffle prizes, great kid activities all day and so many familiar faces, it truly was a “PERFECT” day and evening!

Rock Out Cures Incorporated would like to thank the following:

And lastly James, Tommy, Tom, John, JP, Matt, Brian and myself, we would like to thank everyone who attended ROC VI and made the event a huge success. Thank you for all the support, help, donations and generosity! And I will say it again and again, we are very lucky to have such great people in our lives! Till the next event be well!